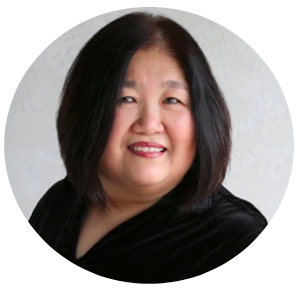 Imago Arts is excited to welcome the talents of Un Chong Christopher! A native of Seoul, Korea, a pianist and mezzo-soprano, she started piano lessons at age 5 and began accompanying at age 6 for her first grade music class. Her first radio broadcast appearance as a pianist was at age 7.  She entered the prestigious Seoul High School of Performing Arts as a piano performance major.  She came to the USA as a high school sophomore and studied at USC School of the Performing Arts as a scholarship student.  She then continued her piano study with Joanne Baker at UMKC-Conservatory of Music and Dance, where she received a full scholarship for both B.M. and M.M. Degrees.  She was awarded the senior achievement award and chosen as the most outstanding pianist among the graduating seniors by the piano faculty. Later, she also studied voice at the Conservatory with mezzo-soprano Inci Bashar.  She was awarded the Graduate Teaching Assistantship as an opera coach-accompanist during her Master’s degree program.

She has won numerous competitions, awards and scholarships in both piano and voice; national finalist and subsequent alternate Fulbright Scholar to Austria, NATS artist division winner, and the “most promising young singer award” at the Metropolitan Opera Auditions.

As a pianist, she has performed piano concerti with Kansas City Symphony Orchestra, Liberty Symphony, Independence Symphony, and the Conservatory Orchestra.

She has performed the roles of Suzuki in Madama Butterfly, the title role of Bizet’s Carmen, Charlotte in Massenet’s Werther, Madame de Croissy in Poulenc’s Dialogues of the Carmelites, and Madame Larina in Tchaikovsky’s Eugene Onegin, to name a few.   She sings alto solos for oratorios and has been the resident Alto Soloist for the Bach Aria Soloists, since its inception in 1998.  She has been collaborating with soprano Cheryl Clark in sacred concerts since 1998 and has toured throughout the Republic of South Africa, Swaziland, Zimbabwe, Zambia and Malawi with the International Student Ministries.

Ms Christopher has been on the faculties of William Jewell College, Rockhurst University, University of Kansas, and UMKC-Conservatory of Music and Dance and is currently on staff as an Associate Professor of Music at Calvary University..

She is in great demand as a recitalist, coach-accompanist, chamber musician, master class teacher and adjudicator both in piano and voice.